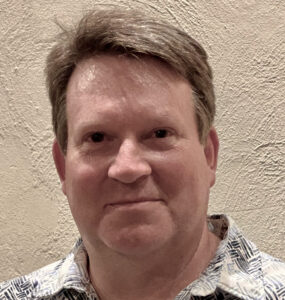 I am a 20 year military veteran and semi-retired lawyer.  I am currently serving as the Chair of the Hamblen County Democratic Party.

In the Navy, I served as inspector and escort as well as performing language interpreting duties for the On-Site Inspection Agency (OSIA), which was the agency responsible for Nuclear, Biological, and Chemical Arms Control for the US Government.  OSIA later became the Defense Threat Reduction Agency (DTRA).  While I was at the OSIA, I served as mission coordinator and interpreter on task-organized inspection and escort teams for the Strategic-range Arms Reduction Treaty (START), Intermediate Nuclear Forces (INF) Treaty, and Nuclear Testing Treaty as well as Humanitarian Aid missions.

After my time in the Navy, I used the GI Bill to go to law school.  I have a J.D from Salmon P. Chase College of Law at Northern Kentucky University and an LL.M in International Economic Law from the University of Houston Law Center.

After law school and a year working as an attorney for the Social Security Administration, I was accepted as a member of the Judge Advocate General’s Corps in the United States Air Force.  As a JAG in the Air Force, I worked as prosecutor, defense counsel, and in other attorney roles.  I was stationed in or deployed to bases in Missouri, Florida, California, Japan, Iraq, Qatar, and Washington, D.C.  I retired from the military after 20 years of total service in 2012.

After leaving the Air Force, I worked for 3 years at the Consumer Financial Protection Bureau (CFPB).  At the CFPB, I was an Investigations Team Lead in the Consumer Response Division.  My job was to apply federal consumer financial protection laws to analyze and respond to complex consumer complaints; to respond to complex inquiries and communications received from consumers and/or other agencies about financial products and services; and to participate on teams evaluating the effectiveness of consumer protection laws, including mortgage, credit reporting and debt collection.

In 2015, I left Washington, D.C. and moved to Knoxville, Tennessee where I married the love of my life, Susan Beth Frommeyer.  Susan is a respected OB/GYN who was practiced in East Tennessee since the early 2000s.

In 2019, I decided that I needed to get more involved and do more than vote in the 2020 elections.  Therefore, I ran for County Commission in Knox County.  Even though I lost the election, I remain committed to the democratic principles and policies that I ran on in 2020.  If you’re interested in what those are, search around this website.  I wrote pretty extensively about my platform on the predecessor to this site.  All those posts are still here!

In May 2021, we moved from Knoxville to Morristown when Dr. Frommeyer had a change of location for her OB/GYN practice.  I vowed to continue my involvement in local politics as soon as we arrived in Morristown.  To my surprise, in August 2021, the members of the Hamblen County Democratic Party entrusted the position of Chair to me.  I continue to work hard to deserve that trust.

To see a multimedia version of this career and family summary (which I posted back in January 2020), feel free to click on the link here.